The Big D and we don’t mean Dallas 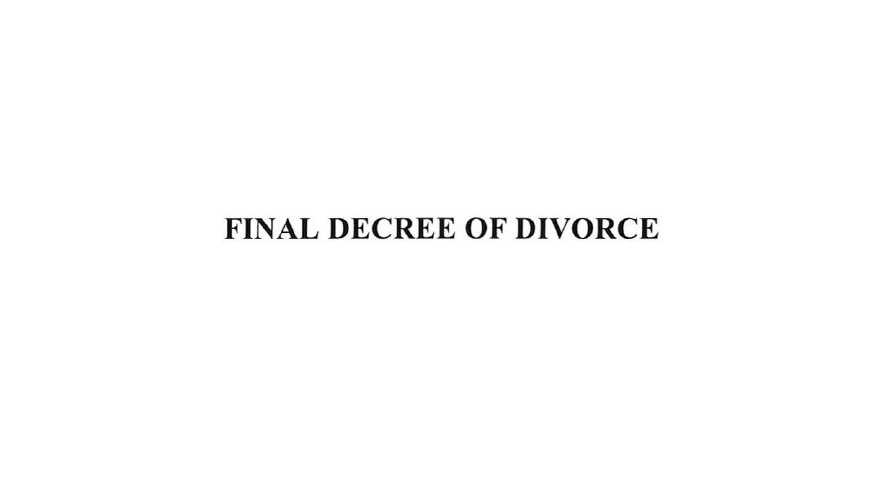 Let’s talk about the Big D and we don’t mean Dallas. Divorce, it happens once, twice or if your lucky not at all. Before we go any further, please don’t construe anything you read foregoing as legal advice, we are not attorneys, I repeat we are not attorneys. The following information is from an escrow perspective only, just preparation for closing. Now back to our topic, dealing with the sale or refinance of property after a divorce.

Texas is a community property state. What this means is that any property that was acquired during the time of the marriage and not deemed to be separate property is owned by both people. Separate property is property that was owned or claimed before the marriage or property that was acquired after marriage by gift, devise or descent. If you and your spouse bought the home while you were married and then the two of you got divorced, the divorce decree would reveal which party received the property or would reveal that neither person received the property. For an example let’s say that the wife, Jane Doe was awarded the property in the divorce. After a few years Jane Doe wants to sell the house and move. Once the title company has done their title exam and reviewed the final decree of divorce, they would find that Jane Doe was awarded the property. Now some decrees will call for the other party in the divorce to execute a Special Warranty Deed to the now ex-spouse that was awarded the property. If this was done the title company would see that document during the title exam. If no Special Warranty Deed was done and filed of record, the title company would make the requirement to obtain and file for record the Special Warranty Deed from one party to the other. Now you may be asking yourself, what if Jane Doe has no idea where John Doe went. If the divorce decree contains the legal description and vesting/divesting language “it is ordered and decreed that wife/husband is awarded the following as her/his sole and separate property, and the husband/wife is divested of all right, title, interest and claim….” then a certified copy of the decree may be filed of record in the land records of the county.  Now if the decree has language in it stating that neither party received the property and contains a property settlement language, the title company will follow the final decree for proceed splits, when property is sold

Decrees can also contain equity liens, such as implied liens and owelty liens. An Implied Lien is agreement for payment from equity in the decree but not filed of record. An example, if the decree said that the husband must have received $50,000.00 for his interest in the property, title would require proof this requirement per the decree has already been satisfied, with written confirmation and/or other documentation. If this has not been satisfied, then payment would be required at closing and the ex-spouse would execute a release upon receipt. An Owelty lien is a formal lien on equity by an ex-spouse, includes a conveyance via an Owelty Deed, secured by an Owelty Deed of Trust, both of which are filed of record in the land records of the county. The ex-spouse is treated as a lien holder and executes a release upon receipt of monies owed.

If you are going through a divorce and the divorce is not final yet, all parties (with their attorneys) must enter into agreement before the property can be sold.

As with any sale or refinance, there may be additional underwriting guidelines that would have to be met before the property could be insured. If you are going through a divorce and want to sell or refinance your property, we suggest speaking to your attorney before doing so.